I’m proud of my clients, both buyers and sellers, that have become my friends and grateful for their kind words that I’d like to share here. After all, sharing our experience is what we are here for. Thank you. 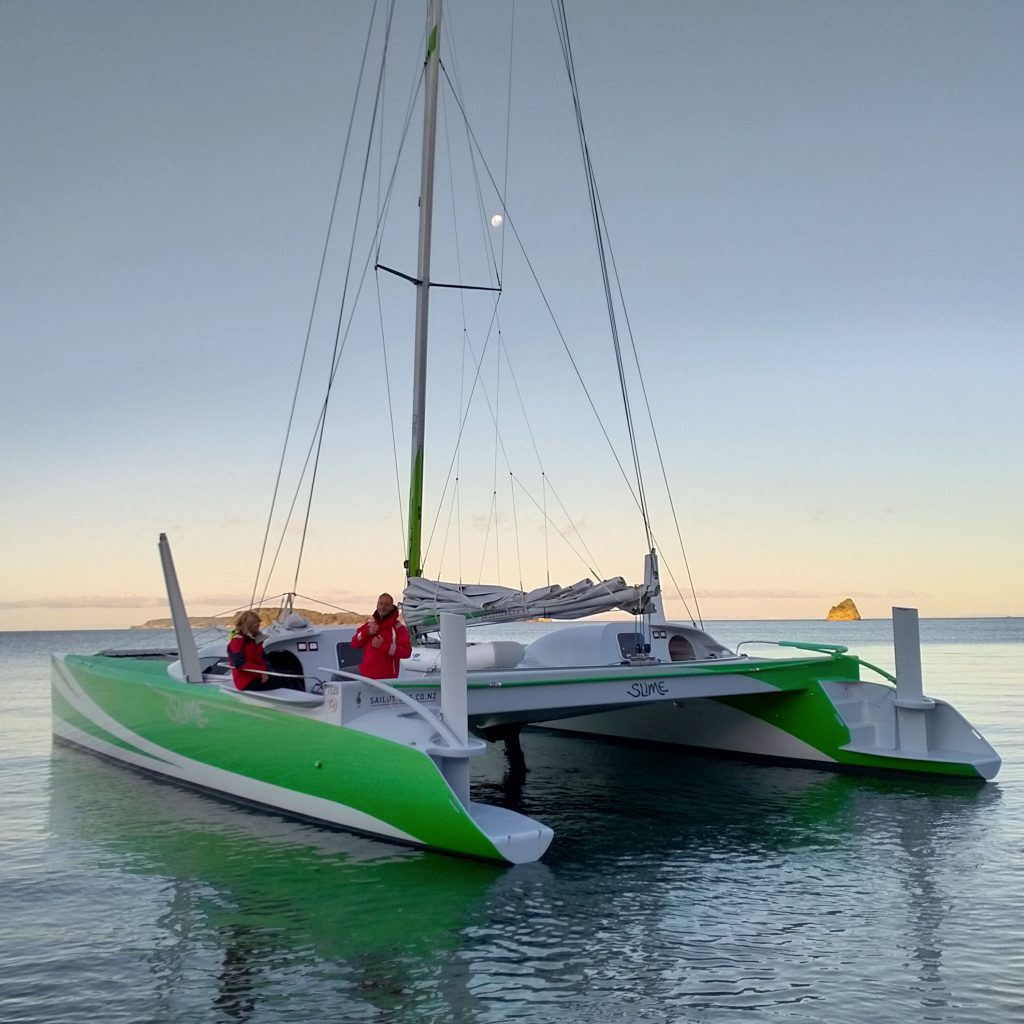 I met Stephen Prinselaar last year when I replied to a well written advertisement that he had placed for a performance sailing catamaran.

My wife Sharon and I had been wanting to buy a cruising Cat that sailed well with the intention of heading offshore at some stage however with all of the craziness around in the world we decided to stay closer to home and look for a local boat.  A high performance cat was never on our list of options and I made the call to Stephen out of interest more than anything as I thought that sailing at wind speed or faster especially in light air seemed like an interesting concept.

From the get go I could tell that Stephen was really excited about the boat he was representing and he did an excellent job of asking me all the right questions in order to determine exactly what might work for us.  His passion and enthusiasm was contagious.

I have had very limited sailing experience but thrive on action after spending the last 25 years kite surfing and Kite foiling so after talking with Stephen the new idea of buying a performance Cat started to sound really great but I was not sure if it would be right for us to cruise the Gulf and Northland coast and I thought she might be too much of a handful for us at our early stage of Catamaran sailing.  Stephen constantly put my mind at ease as he had the experience and knowledge to recognise a well designed Catamaran and he knew without doubt that what we were looking at could definitely be a good fit for us.

Stephen is clearly a highly experienced sailor and he had spent time with the owner sailing on the boat prior to taking on the listing and he new that if I got the chance to get onboard and see how well she handled and how easy she is to sail then I would be hooked!

After a number of phone calls and emails he finally convinced me to jump onboard and take a look.  As soon as I set eyes on the Cat named SLIME I knew she was an extremely well designed performance catamaran and only then did I realise that what Stephen had been saying had plenty of merit.

Looking at a boat and committing to buying it are two entirely different things.  I knew I liked the look and feel and the specs were great albeit with the standard sort of compromises to be made but I wasn’t sure about the price point as there are not really any other similar boats around in New Zealand let alone the world to compare price with this one.

The negotiation process went on for a while between the owner and myself and Stephen stayed positive , highly motivated and calm the entire time.  The end result is a very happy new owner family who have already clocked up just over 650 nautical miles in the last few months in a Sailing Catamaran that we never even dreamt that we would own let alone start to become competent at sailing.

Thanks Stephen for every thing you went through to get us on to our amazing Catamaran – SLIME.  You certainly did an excellent job at placing us on a great boat.

Thank you Paul. It was always a pleasure working with Slime as any enquiry I received I knew was from extremely discerning sailors who more than appreciate the effortless speed – they are addicted to it.

One sail on Slime is all it takes.

It was also pleasing to get super excited messages from people who knew Slime simply out of admiration.

In the interests of full disclosure I must say Slime is one of my all time favourite yachts. Her pedigree is peerless, her innovative design and build unmatched. And a reputation forged by John Hughes, a living legend in catamaran world.

I was so thrilled for your dreams and ambitions to learn performance sailing on such a well behaved beast as Slime. She eats anything on the horizon leaving her skipper and crew with slightly maniacal grins as they charge around the gulf.

Congratulations to you both for joining Slime and being part of her history and to Slime for catalyzing your future dreams in the best way possible.

“I must say that we both really appreciated your style/approach to showing a boat, we have had interesting experiences with brokers but we enjoyed your honest approach.”

“Thanks for all your hard work on this deal, you made things very easy and handled everything very professionally. Much appreciated.”

We recently set about looking for our first family yacht. After viewing several vessels through other brokers, we found a Farr 1020 listed with Stephen Prinselaar of True North Marine.

From our first introduction, we found Stephen very easy to deal with. There was never any pushiness or pressure in regards to purchasing the vessel, or in making recommendations for surveyors/ inspectors. The whole process from beginning to end was made as easy as we could have hoped, thanks to Stephen’s efforts, and as a result, we have ended up with a boat that we are very happy with.

Stephen is very genuine in both his love for the ocean and in his line of work and we would certainly recommend his services, whether you are selling or purchasing a vessel. 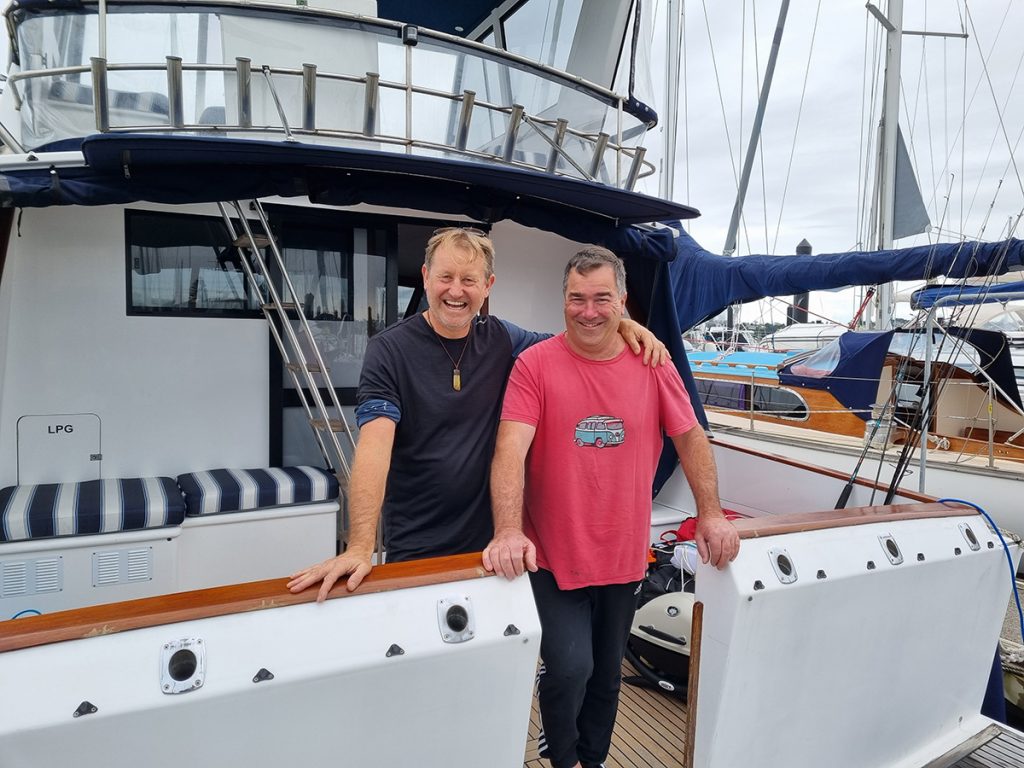 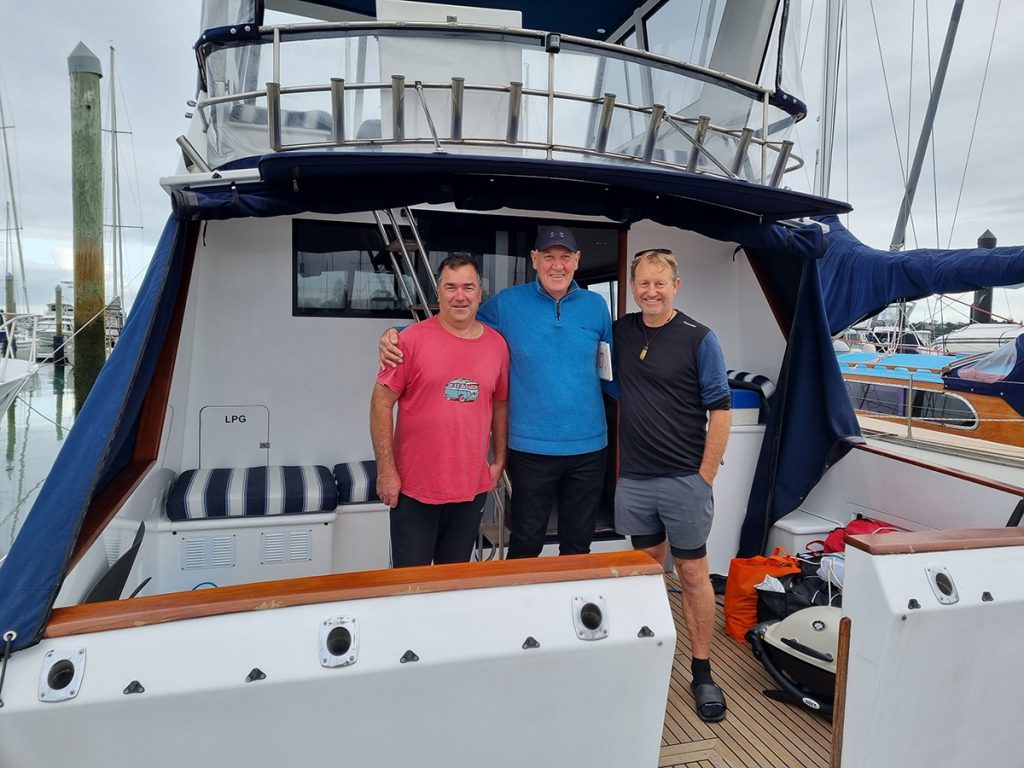 Previous owner Murray on board for the handover 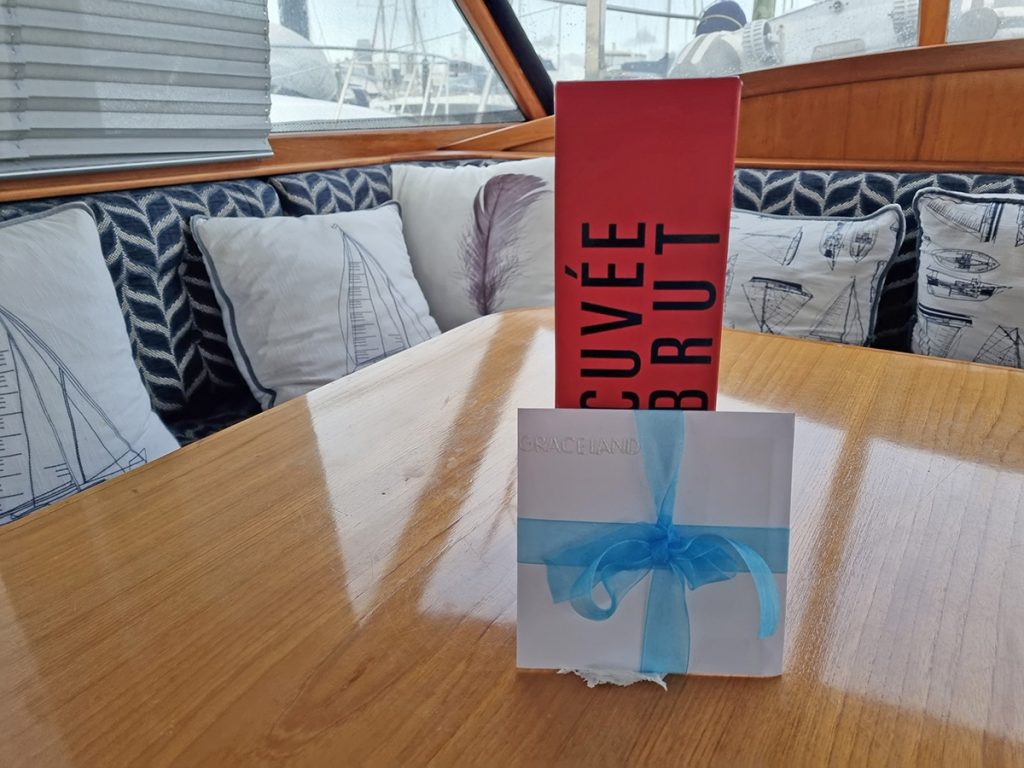 It was a pleasure dealing with Stephen during our initial flirtations and our subsequent infatuation with Graceland.  He was a very likeable & relaxed chaperone who was very responsive to our questions about her history & our requests for repeated visits to view & explore her.  He was comfortable with our rambling conversations while lounging in her engine room and skilfully sprinkled past boating adventures while igniting fantasies of future precious memories.  This was all done with his calm, caring, and humorous manner.   He genuinely seemed to be driven to achieving more than just a sale but a really good match between boat and boaters.   He worked effectively to support the previous owner in letting go of a very special vessel and helped to herd the diverse ole sea dogs involved in completing sea trials & surveys.

They say “there is a little bit of Elvis in everybody” and we’re sure Stephen has his fair share. It was a pleasure working with you Stephen and we look forward to sharing an anchorage, a few wines, some tunes and some dance moves!  🥂😄🕺

That’s wonderful or, as Elvis would say in a deep croon – Thank you, thank you very much.

It was such a pleasure bringing everyone together on this and having the honour of passing the beautiful Graceland from one long held, much loved family to the next.

I appreciate how the squally winter weather constantly delayed sea trials and surveys yet, as we do in boating, we all took it in our stride so everything was plain sailing. I so look forward to seeing you all out there over summer – now, where’s those blue suede shoes?

Thank you all, especially Murray and Peggy, the delightful and proud owners of Graceland for entrusting your family launch with True North Marine.

Thank you, thank you very much. 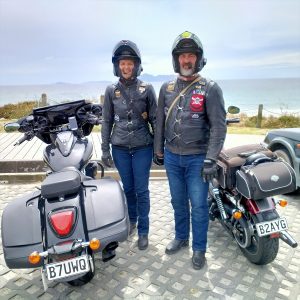 We first met Stephen in late 2020 when we began looking for a yacht. He helped us find and then purchase our yacht.  We found him honest, knowledgeable, professional, and really pleasant to deal with.  He was up-front with his thoughts and opinions, and he made the buying experience less stressful.

Having very little experience in sailing, we went on to hire Stephen as a skipper and to teach us how to sail our catamaran for three days.  We learned so much in the short time we had him on board.  The way he taught us was simple and uncomplicated through his stories, explanations and discussing his experiences. Even after he left us, he went above what we would have expected and kept an eye on us when we sailed our yacht home.  He often called us or was always a call away from any advice and guidance.

We will be forever grateful to Stephen for introducing us to the cruising lifestyle and we value his friendship. 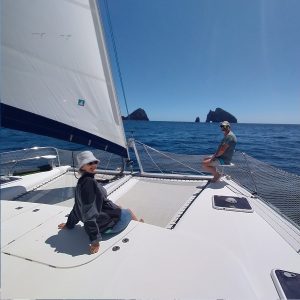 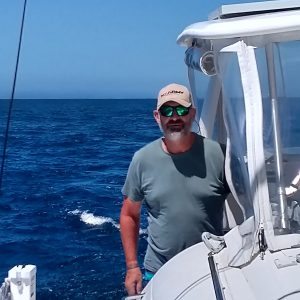 Thank you Jim, Liz and little Doobie who’s sure to become a real salty sea dog. What a pleasure it was taking you through this process and my total respect to you for making the big leap and turning your dream into reality with such dedication and commitment. Like sailing, it’s not necessarily straight forward but we keep it smooth with open an honest communication between everyone so the only surprises are good ones.

The three days we spent in the Bay of Islands was a highlight of my ambitions to introduce people safely and confidently to cruising life and I would be happy to sail with you all the way to Fiji when the day comes. I am proud to have been part of your journey. Thank you Jim and Liz.  Sail safe.

“Hi Stephen. Many thanks for your hard work in selling Southern Comfort for us. It has been an absolute pleasure dealing with you again and wish you well in your business.”

“Quick reply, Looks good, thanks for how professionally you handled the negotiations too.”